Orction Crack most that have tried to knock off Diablo’s crown over the years. It’s not enough to simply fill the screen with enemies only to pop them open like a gory sheet of bubblewrap; the artistry comes in honing the atmosphere, the satisfaction of every kill, every stat point, every sound effect, and every splatter. Few can live up to the master in that regard. Grim Dawn is one of the few that can, joining the pantheon of games that do more than merely hold their own against Blizzard’s initially troubled

Orction Crack Codex  full of detail and texture, with plenty of variety as you hack through semi-Victorian nightmare to underground caves and insect hives, and then blink in the sunlight as the second act pushes all that aside to randomly be about cowboys instead. Little environmental touches are absolutely everywhere, completely selling the idea that this is a fallen land past any chance of actually saving. The abandoned villages; the crumbling walls of dungeons; the sadistic experiments in Warden Krieg’s sickly green laboratory. None of them are welcoming, and the surviving towns aren’t much better. There’s a reason why one of the earliest quests provides some start-up cash to buy gear with a warning that it’s the only handout you can expect during your stay.

Orction Crack Cpy regularly demands long treks through enemy territory to get to the next boss or quest objective, and just about every path is scattered with both big combat engagements and dungeons to dip into for an extra boss fight and bonus loot. My only real complaint is – and please, wait a moment before complaining or posting that Jackie Chan ‘head blown’ picture – that there’s arguably an overabundance of loot here. 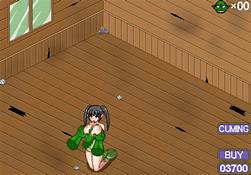