Fuser Crack rides a vanishing line between a music game and a music-making toolkit. As a mash-up DJ, you create music by blending (or fusing) parts of songs together to make a new and often dancier version of your own. Each of the 80-plus songs in the base game’s library, plus a growing supplemental library of DLC songs. 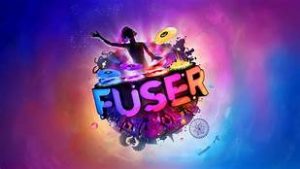 Fuser Crack-CODEX dropped both after a couple of years. Making music, even just for fun, was a prospect I left behind a long time ago. So I’m surprised by how inspired I was by Fuser, Harmonix’s new musical mash-up making game. While it has a score-based story mode similar to the studio’s past games, Fuser actually empowers you to be creative and make music from parts of songs you may already know. The core mechanic, switching tracks in and out to make music, is easy to use and wonderful to play with. The game Harmonix built on top of that core idea, however, doesn’t always take advantage of it effectively. As a result, Fuser is better at spurring you to be creative than it is at challenging you. That may sound like a daunting, niche experience, but no game’s made it easier to feel good about getting creative.

Fuser Crack-Cpy act of switching music in and out to create your own feels like magic. By default, Fuser automatically changes the keys and tempo of the pieces you select and generally does whatever’s necessary to create the most melodic version of the tracks you put together. Using segmented timelines to track beats, the game illustrates the best times to swap in specific song components, so you can maximize the impact of a change (and score more points, depending on the model). When you’re navigating the basic mechanics, swapping samples in and out in time, you can do no wrong. Almost every combination sounds pretty good, even if you randomly pick four different parts of four songs from four different genres. 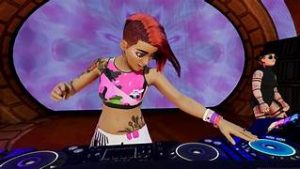