Doom Eternal The Ancient Gods Crack reminds me a lot of one of the original Doom’s expansion episodes, Thy Flesh Consumed. Both are more intense and challenging versions of their base games. And technically, you can jump straight into The Ancient Gods, but my goodness would I not recommend it. If you try to go into this cold, they’ll end up scraping you off the walls. For the most part, it’s more of the same but harder, which certainly scratches an itch. 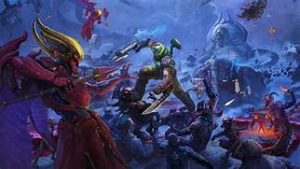 Doom Eternal The Ancient Gods Crack-CODEX wastes no time in stuffing you into the nearest locker, high school bully-style. You’ll have a Marauder thrown at you a mere 15 or 20 minutes into the first of these three long missions. And immediately after that, a tempting powerup at the end of a corridor “rewards” you by locking you in close quarters with a Cyberdemon. That sets the tone for what to expect from Doom Eternal The Ancient Gods over its 3-6 hours

Doom Eternal The Ancient Gods Crack-Cpy got beaten up pretty hard while I warmed up and found my footing. Once I did, though, I found that same adrenaline rush that Doom has mastered so uniquely. Sniping weak points of Mancubi and Revenant to neuter them makes me feel badass, as does wiping out a wave of surrounding imps and zombies with a single Blood Punch. There were many battles so white-knuckle insane and against such seemingly overwhelming odds – in which I repeatedly came close to death, only to get a clutch glory kill that refilled my health to get me back in the fight. Let me tell you. 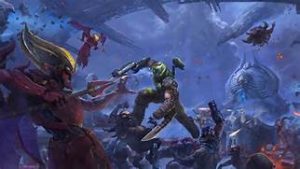